CFIA services to the Organic Industry

The Canadian Food Inspection Agency (CFIA) is seeking your feedback on how to further strengthen its regulations, services and programs to help enable competitiveness and innovation in the agriculture and agri-food sector.

Please answer the survey to express the following concerns:

The Organic Federation will be hosting its Annual General Meeting on Tuesday, April 13th, 2021, from 1pm to 2:30 PM EDT.

We will be happy to have you join the meeting by Zoom from the comfort of your office or home.

We will review our work in 2020 and discuss about our 2021 projects! The agenda will be shared soon!

The Organic Science Cluster (OSC) 3 enters its fourth year with interesting developments. The OSC 3 is managed collaboratively between Organic Federation of Canada (OFC) and the Organic Agriculture Centre of Canada (OACC).

OFC interviewed Dr. Andrew Hammermeister, scientific director of all OSCs, to discuss the progress, impact, and areas of interest of the upcoming Organic Science Cluster 4. The Organic Science Clusters, launched in 2009, include a total of 91 research activities in organic agriculture. Andy has been the scientific director of all three clusters and, throughout all this time, his enthusiasm hasn’t waned.

“Each project is so exciting and has far-reaching implications for both organic production and production systems as a whole,” says Hammermeister, whose job is to ensure that the research and its findings are relevant, accessible and understandable for producers.

The major task is to share knowledge between producers and scientists. This is accomplished in several ways including the publication of technical bulletins, which summarize research results in a way to make them useful for farmers. The Organic Science Canada magazine also aims to explain the science behind organics and focus on findings that are relevant to producers.

The upcoming issue of the Organic Science Canada magazine, which will be published in March 2021, has a strong focus on pest management. “There is so much going on in this field,” says Hammermeister. “The research is trying to understand how we can create environments that aren’t attractive to pests, while simultaneously being attractive to their predators.

This field is forcing us to find alternative solutions, with the implications of this research spilling over to conventional production.”

Ensuring information is accessible has become critical under the COVID-19 pandemic, says Dr.

Hammermeister. In 2020, researchers were unsure what could or could not be done, with no certainty of when things would return to normal.

“After a full year of pandemic, everyone is better adapted to working in a COVID-19 environment,” says Hammermeister. “Most importantly, no projects were cancelled.” 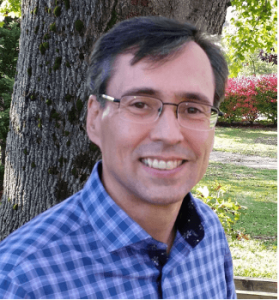 “Each project is so exciting” says Dr. Andrew Hammermeister, director of the OACC.

The OSC3, which will end in 2023, is now enters its later stage. Hammermeister looks forward to hiring a new science coordinator who will determine how operators are using information generated from the last three clusters. This is critical to evaluating activities, such as building soil health, that have long-term benefits but with no obvious immediate economic advantage.

Many graduate students have been involved in OSC research over the years. Hammermeister wants to know this has influenced their careers and service to the agricultural community.

As the industry continues to grow and gain credibility, there is an increase in the number of scientists wanting to conduct organic research. Dr. Hammermeister says “a new generation of researchers are seeing organic science as a platform for finding ecological solutions relevant to all of agriculture.” All of these factors bode well for the future of organic research.

With OSC4 just around the corner, Hammermeister thinks the future of technology within organics is bright. “The notion of ‘smart agriculture’ and adapting to new technologies is crucial for organics, not only to help support competitiveness with our conventional counterparts, but to help measure our environmental performance,” he says.

While these are just samples of current research, Hammermeister adds that each OSC3 project has far- reaching implications for both organic and non-organic production systems.

To learn more about Organic Science Cluster 3 research, watch for the publication of the

There are podcasts (and transcripts in English and French) available on the OFC website featuring interviews with current researchers.

Reporting to the Program Manager of the Organic Science Cluster 3, the Research Coordinator will conduct a wide-ranging and in-depth analysis of organic agriculture science impact, evaluating and enhancing the impact of organic science arising from the national Organic Science Cluster (OSC) program. It is a full-time position, for a two year term.

Click here for the full posting and to apply

AAFC’s Agri-Info February Newsletter focuses on an organic vegetable farm in Quebec, la Ferme Lève-tôt, who use a combination of modern and traditional agricultural techniques to cultivate their organic produce. Read more about their story, and learn about how they hire summer interns funded through AAFC’s Youth Employment and Skills Program.

Stay tuned for the next edition of InfoBio for the release of the OSC3 magazine! 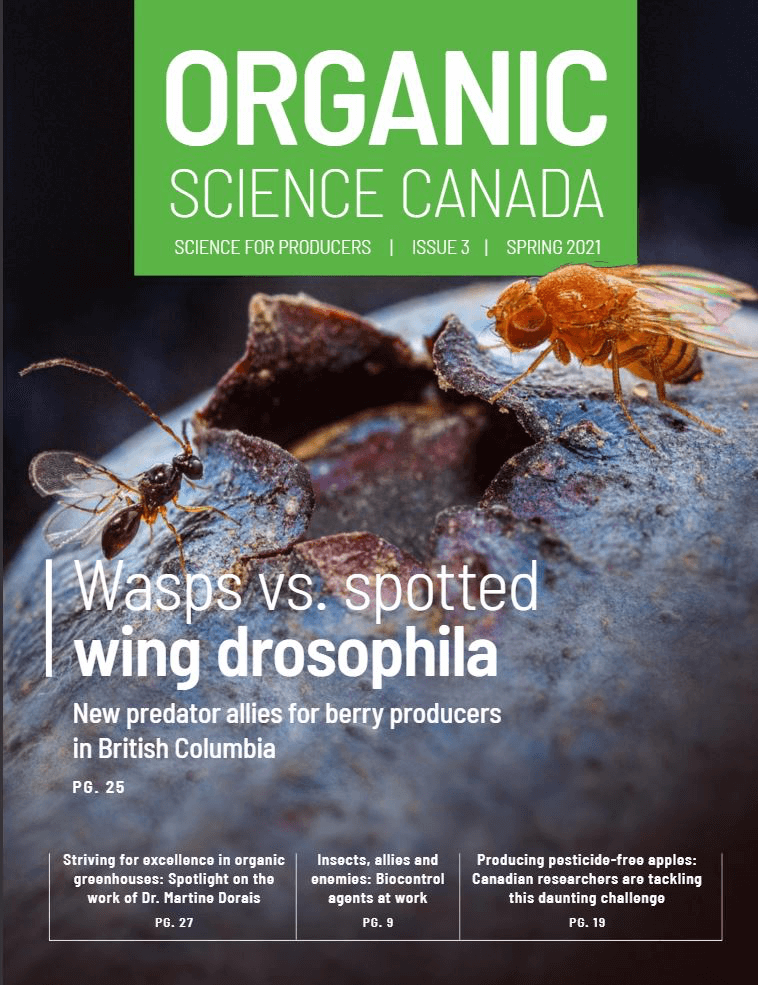 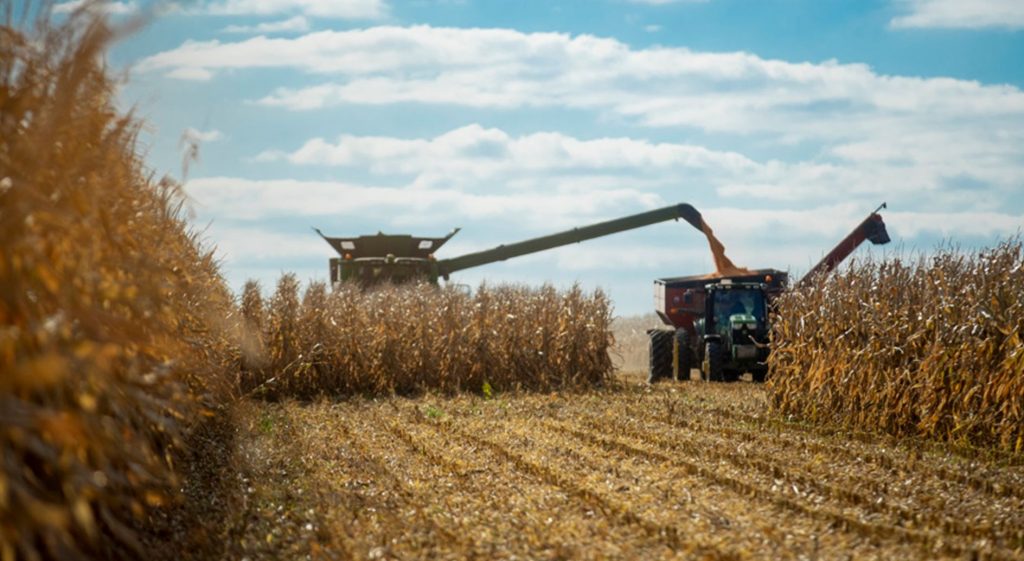 If the new GE regulations are passed, farmers and gardeners can plant seed without knowing if it is genetically engineered. 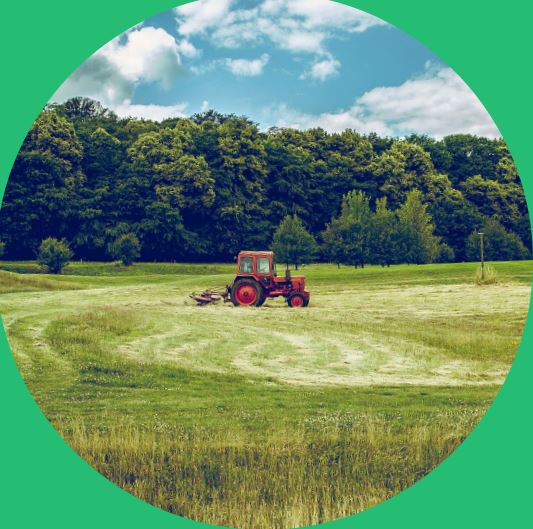 Sector updates and news from the Canadian organic sector, including GE regulations and funding available for farmers. 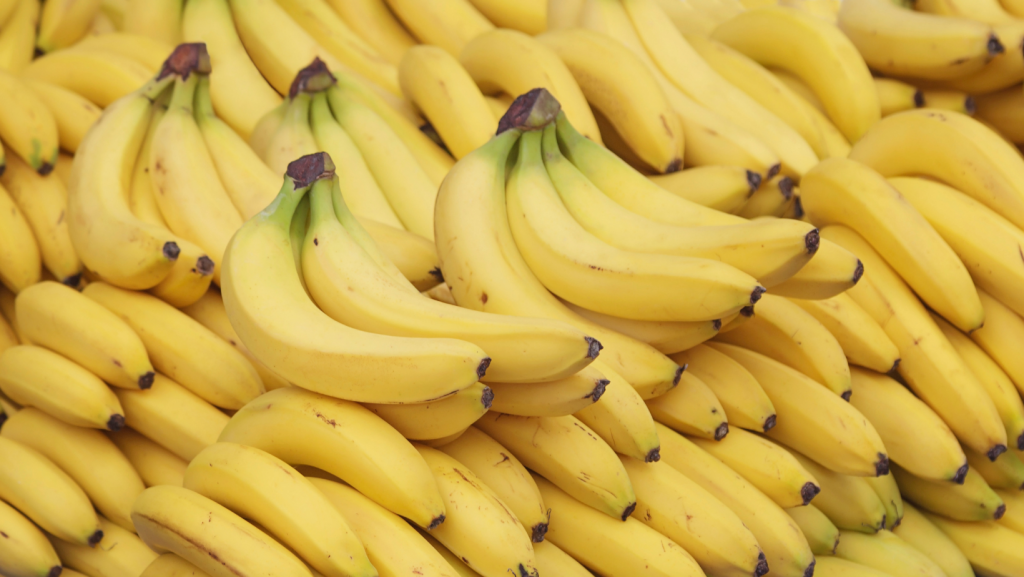 The Journey of an Organic Banana

Bananas do not grow in Canada, they have to be imported. The Canada Organic Regime has established rules for importing organic fruit into Canada. Bananas 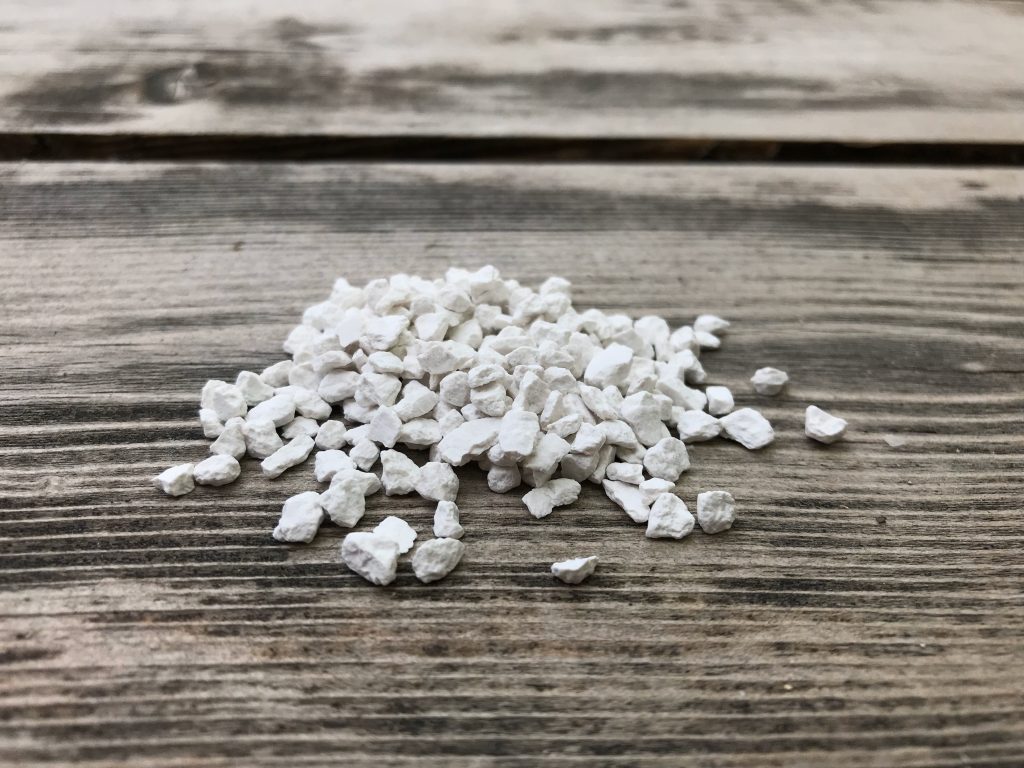 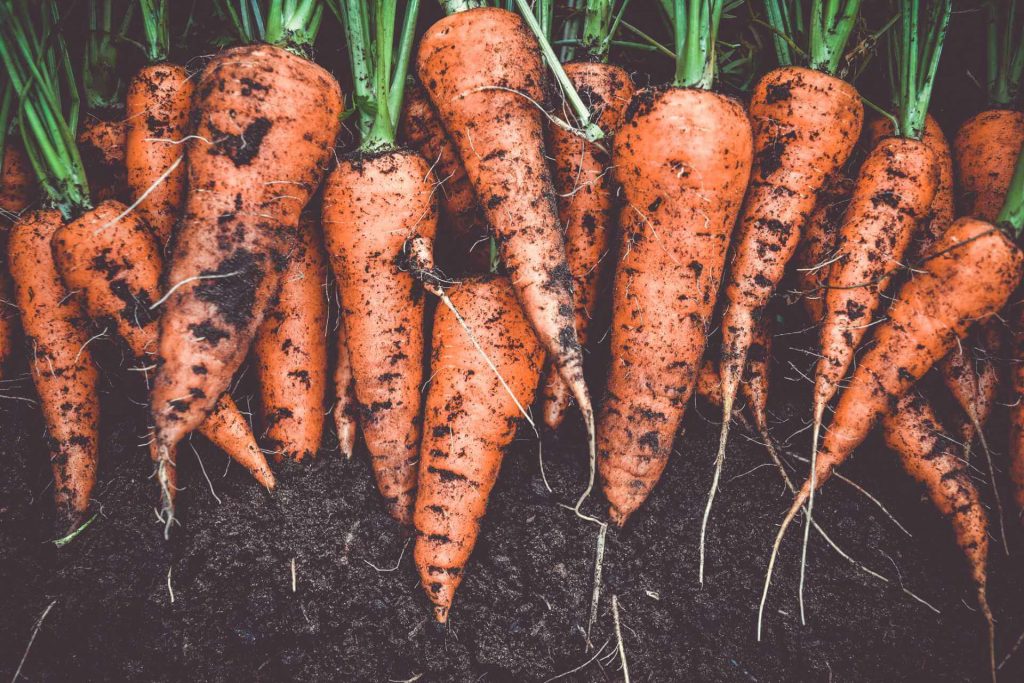 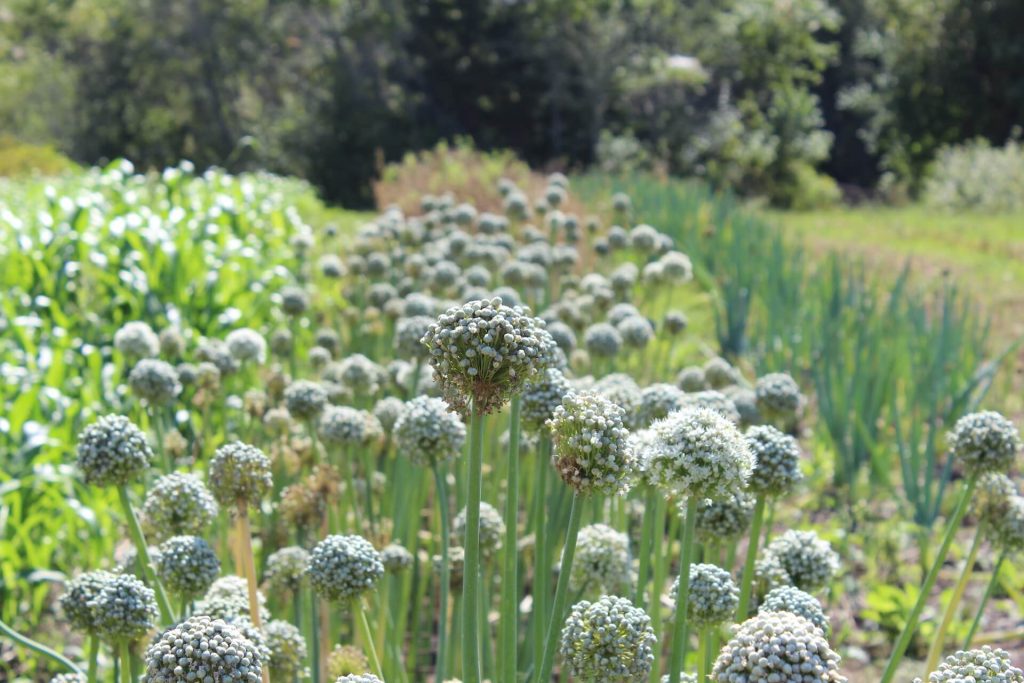 Behind The Scenes Of The Organic Science Clusters

The OSC4 team has started preparing the proposal for the fourth Organic Cluster. It goes without saying that preparing a cluster is a complex process. 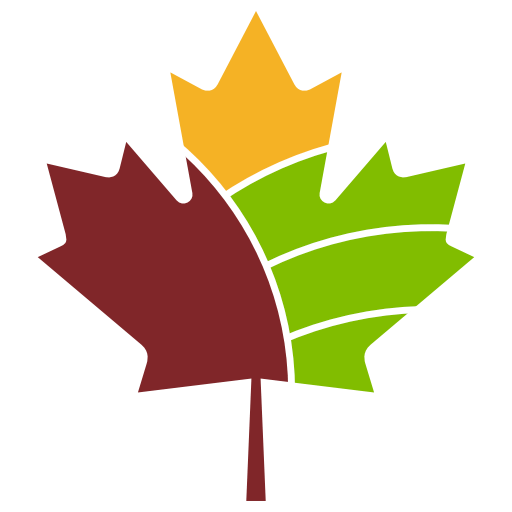 If the new GE regulations are passed, farmers and gardeners can plant seed without knowing if it is genetically engineered.

Sector updates and news from the Canadian organic sector, including GE regulations and funding available for farmers.

The Journey of an Organic Banana

Bananas do not grow in Canada, they have to be imported. The Canada Organic Regime has established rules for importing organic fruit into Canada. Bananas

Behind The Scenes Of The Organic Science Clusters

The OSC4 team has started preparing the proposal for the fourth Organic Cluster. It goes without saying that preparing a cluster is a complex process.